Your hub to know more on XR technology

With the advent of the Covid-19 pandemic, XR Technologies have gained mainstream attention due to their advantage in enabling connectivity while maintaining social distancing. However, XR technologies are not entirely new and have been here for a while. This article provides a bird’s-eye view on the entire spectrum that constitutes XR – Extended Reality. 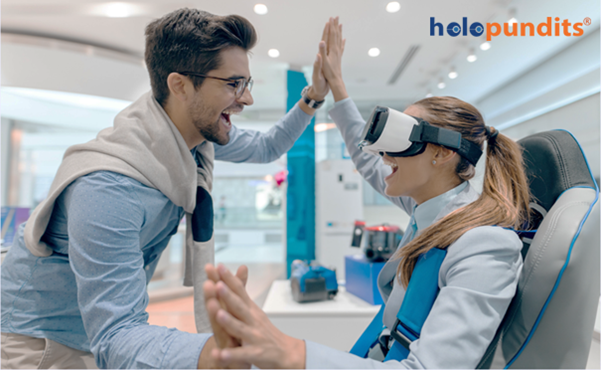 What exactly is XR Technology?
XR Technology or Extended Reality Technology is the basket term used to refer to Augmented Reality, Virtual Reality, and Mixed (or Merged) Reality. The Reality–Virtuality continuum (sequence) is used to denote the range of possibilities and structures between total virtuality and total reality. While XR originally denoted the superset of the above spectrum, it has a practical connotation to refer to Virtual Reality on one end of the spectrum, Mixed (or merged) reality in the middle, and Augmented Reality at the other end of the visual spectrum. Having defined XR technology, let us have a worm’s-eye view of each component.
What is Virtual Reality (VR)?
Virtual Reality or VR technology allows to create an almost real experience for the viewer using a Head-Mounted Device (HMD). A virtual reality experience is immersive and totally engrosses the user within the computer-generated graphic world. The technology is half-a-century old. Morton Heilig invented the first VR device named the Sensorama in 1962 which is considered as one of the earliest Virtual Reality systems. However, the concept of Virtual Reality was made popular by Jaron Lanier, a pioneer in Virtual Reality, a few years later. Virtual Reality creates a completely computer-generated world for the user to interact and relate. There is no connect with the physical world in Virtual Reality. While users cannot physically touch any objects in the virtual world, they can interact with virtual objects rendered within the virtual world. 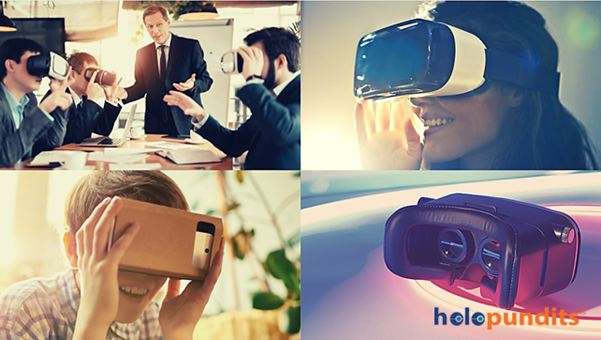 What are the uses of Virtual Reality (VR)?
VR has been associated primarily with the gaming segment in the past. However, advancements in technology, better internet permeation, and cheap bandwidth availability have paved a way for its amazing application across segments now. Virtual Reality’s unique selling proposition is to educate and entertain its users via an interactive and immersive, digital content experience. Though it started with gaming, Virtual Reality has now become the first choice in various industries ranging from Education, Sales & Marketing, Sports, Construction & Engineering, Healthcare, and Teleconferencing, to name a few.
What is Mixed (or merged) Reality (MR)?
Mixed or Merged Reality, as the name indicates, combines the virtual environment with the real, tangible world. Mixed reality enmeshes and anchors virtual objects onto the real world. Like virtual reality, users can interact with the virtual objects, which are overlaid on the real world. Mixed reality extends virtual reality to the real world. A person experiencing mixed reality can visualize 3D objects superimposed on the real world. For example, the engineer in the image below is visualizing complex structures in an industrial environment using a mixed-reality capable head-mounted device. The engineer interacts with the 3D content and it responds to his actions within the mixed reality environment. 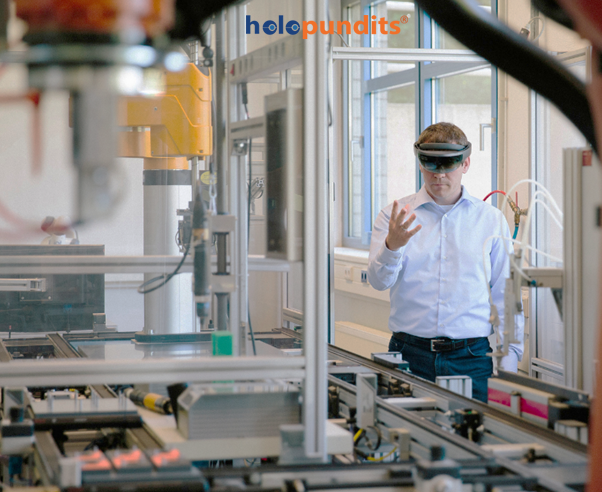 What are the uses of Mixed Reality (MR)?
Wherever there is a need to simplify complex constructs, there exists a use case for mixed reality. Mixed reality has a lot to offer in heavy-automotive industries like construction and engineering as well as other industries like interior design, where users can interact with their environment in real time.
What is Augmented Reality (AR)?
Augmented Reality is the phenomenon of superimposing digital information on objects found in the real world. AR can be introduced both in flat devices like handheld tablets as well as headsets and user’s perception of reality can be enhanced. Augmented Reality is on the other side of the visual and interactive spectrum with merely superimposing actionable and relevant information on real-world objects with no means to interact with those objects. However, the additional information is a crucial value-add. 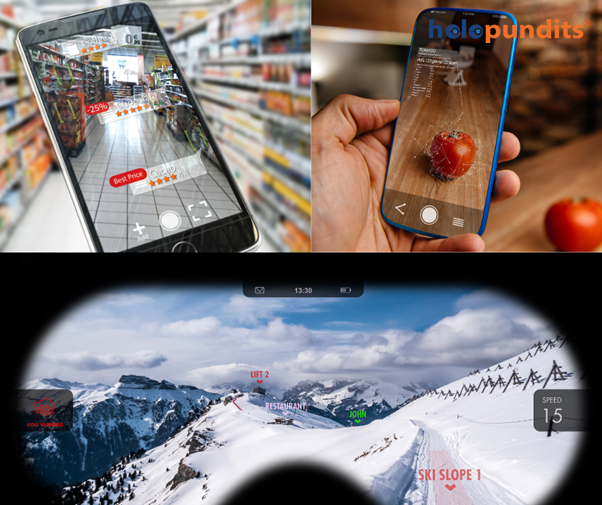 What are the uses of Augmented Reality (AR)?
The uses of Augmented Reality are practically limitless. With the Covid-19 pandemic calling for practicing social distancing, any means of interaction with objects and human beings is limited. This is where AR shines with its ability to superimpose information on objects in the real world. Some areas where AR can add value while still maintaining social distancing are shopping and retail, travel, education, marketing, manufacturing, infrastructure, print media, and publishing.
How can you extend your reality and create value during the pandemic and beyond?
To quote Steve Jobs,
“Innovation distinguishes between a leader and a follower.”
HoloPundits is one of the few elite companies chosen by Microsoft as an Extended Reality partner. Whatever your simple or complex business needs might be, HoloPundits has the wherewithal to propel you to success in your reality requirements.
Connect with us for a free consultation on your extended reality needs, today.